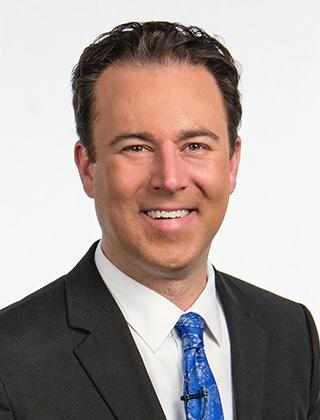 Allen has been Chief Meteorologist for WEAR-TV in Pensacola since 2001. In 2004 Allen played a critical role in talking viewers through devastating Hurricane Ivan. Florida was hit by four major hurricanes that year. Ivan was a direct hit on Northwest Florida. Less than a year after Ivan, while clean-up was still underway, Hurricane Dennis slammed into Northwest Florida and was followed by what was more than a glancing blow from Katrina.

Allen was born and raised in San Diego, California but left when he was 18 to attend Wake Forest University in North Carolina. There he earned a BA in Speech Communication and later a BS in Geosciences with an emphasis in Broadcast Meteorology from Mississippi State University.

Before WEAR-TV, Allen worked at WTVQ-TV in Lexington, Kentucky and WBTW-TV in Florence/Myrtle Beach, South Carolina.

Chief Meteorologist Allen Strum provides forecasts for the 4, 5, 6 and 10 p.m. weekday broadcasts on WEAR-TV ABC 3. You can also catch Allen's forecasts at 9 p.m. on WFGX My 35 and in Tallahassee on WTWC NBC 40.

He has been awarded seals of approval from both the National Weather Association and the American Meteorological Society.