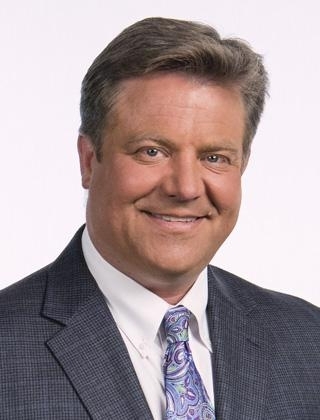 I was born in Long Island, New York and lived the first 7 or 8 years of my life in Massapequa. Our family moved to the Adirondacks when I was in third grade, and we lived on a mountain in Port Kent, NY, overlooking Lake Champlain and Burlington, Vermont.

I fell in love with broadcast news while in college at SUNY in Plattsburgh. I switched my major to Mass Communications after joining the debate team. After completing a news internship at WPTZ, the NBC affiliate in Plattsburgh, I began working there in December, 1988. I was a general assignment reporter, covering Clinton, Essex and Franklin County, just south of the Canadian border. I later became the co-anchor of the 6pm newscast, and assignment editor.

I came to Pensacola and WEAR in March, 1994. I've been here ever since!

I've anchored the 5pm and 6pm newscasts with Sue Straughn, anchored the 10 p.m. newscast with a number of talented women, hosted a public affairs program called "This Week with Bob Solarski" for about ten years, hosted a late-night call-in program called "Extra" after the 10 p.m. news for several years and have had the privilege of reporting on a number of memorable stories over the years.

I'm married to Jennifer Solarski, and we have two wonderful twins, Bobby and Morgan who attend Gulf Breeze Elementary School. My oldest daughter, Erika, is a graduate of Gulf Breeze High, and UWF.

My parents live less than a mile away from us, having moved here after my father retired from dentistry. I have two younger brothers, Andrew and Jeremy, in Charlotte, N.C. They are both computer geeks for an international company.