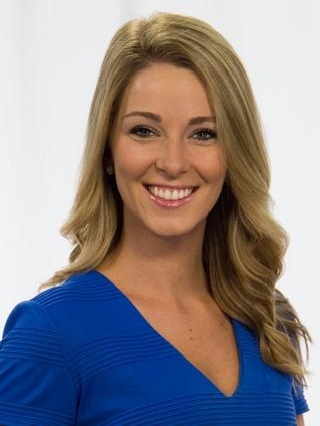 Meteorologist Kaitlin Wright was born in Royal Oak, Michigan. At the tender age of four, she moved to Charlotte, North Carolina with her family. Kaitlin comes from a very close and involved family, where her parents are her biggest fans and her two older sisters are her best friends.

Kaitlin was an intern at WCBD in Charleston, South Carolina. She learned a great deal about Tropical Meteorology. After graduating college with a Bachelors in Meteorology, Kaitlin took a job at WTEN, in Albany, New York as the Weekend Evening Meteorologist. The knowledge and direction she received at WTEN helped her land her next job at WPEC in Myrtle Beach, South Carolina. Her progress and passion grew quickly after forecasting Hurricane Matthew in October 2016, which made landfall in the Myrtle Beach area. In August 2017, she moved to the Florida Panhandle to join WEAR-TV’s morning show, Three In The Morning.

Kaitlin and her fiancé, Ryan, have two beautiful pups named Ayla and Netty.